The world watched in collective horror last year as massive wildfires grew out of control around the globe – bigger, hotter and faster than ever recorded. The Amazon, Australia, Siberia, California, Oregon, Washington, to name a few, were the hardest hit.

British Columbia had a quieter fire season than anticipated last year, with over 637 wildfires that burned 15,000 hectares of land compared to much more in other years. Wildfires were recorded in all Fire Centre regions of the province with the Okanagan region most impacted in 2020. If your community was not directly impacted by wildfire, the heavy smoke that swept through the country from around the world was a constant reminder. 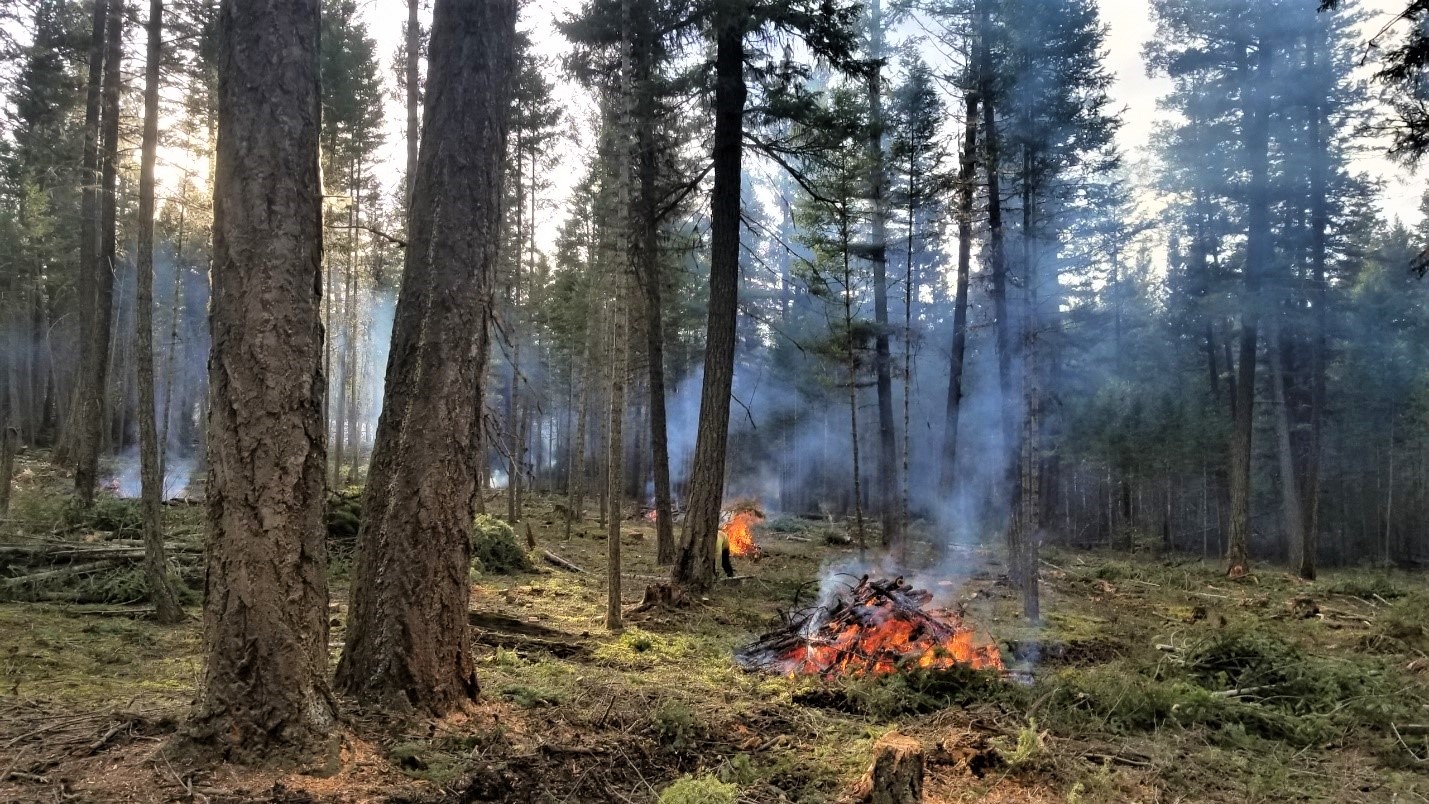 Wildfires in 2020 alone were some of the largest ever in recorded history, causing more property damage, loss of life, displaced wildlife and burned landscapes than ever before. During the 2020 fire season, in the United States alone, over 4.2 million hectares of land were burned destroying over 17,800 buildings, evacuating people in the millions from their homes with a loss of life of at least 35 people. This trend seems to be continuing for the worse year after year. Why is this happening?

Climate change has been a major factor in this new trend. Rising temperatures, early snow melt, drier soils, forests, and plants create conditions for more fuel to burn and increase fire intensity. Droughts, forest health (pests and pathogens), and unusual and unpredictable rain patterns have added to this. In addition, ignition sources are on the rise (both natural and human-caused) and poor management in some of the hardest hit areas (California) have been creating a perfect storm year after year.

Canada is no exception to these changing environmental conditions as some of us experienced firsthand the devastating effects of wildfire throughout the western provinces. The Fort McMurray wildfire in 2016 and the massive Cariboo regional fires of 2017 brought these problems close to home.

Spectrum Resource Group Inc., based out of Prince George, British Columbia, has been one of Canada’s leading companies in wildfire management, often referred to as fire mitigation. Spectrum has worked on projects in various capacities from fall and burn of Mountain Pine Beetle infested trees in northern Alberta, to FireSmart programs throughout the province of Alberta, and urban interface fuel management projects throughout British Columbia for the last 10 years.

I have personally worked on many of these projects since I started with Spectrum in the summer of 2012. What started as a three-man crew in Cold Lake, Alberta, spacing and thinning from below, grew into a department of nearly 50 field staff working on various fire mitigation projects throughout western Canada in our 2020/2021 winter season.

These projects include manual treatments that combine chainsaw work, piling and burning to small machine work that uses grinding, chipping and mulching to full scale logging operations that create fire breaks and “islands” of trees that are then manually worked on by field crews.

Cleared area, cut and piled in Squamish, BC

Fire mitigation helps reduce wildfire risks by removing surface fuels throughout the forest, creating fire “breaks” in the landscape to slow the speed of fires, crown separation of mature trees, pruning branches to a height of at least 3 meters and by removing all dead standing trees, blowdown and understory vegetation.

Spectrum’s experience and knowledge throughout all aspects of forestry from planting, brushing, silviculture, invasive plant management to name a few with the combination of regional managers that have local knowledge of the areas we work in, stellar on-the-ground training from experienced supervisors, fallers and wildfire experienced staff is what separates us from the competition. This season, Spectrum has been working on fire mitigation projects throughout British Columbia in regions and municipalities that have a high potential wildfire risk such as North Vancouver,
Squamish, Pemberton, Clearwater, Vernon, Kamloops, Penticton, Williams Lake and Mackenzie.

As Spectrum’s current projects come to an end this spring, we can only hope that our hard work will contribute in some part to helping reduce wildfire risk in the years ahead for the communities, wildlife and people that we have met along the way. Climate change is real and will always be a part of our lives going forward. Wildfires will become a more frequent occurrence as we move into the future. If homeowners, local and federal governments can start planning for these events by acknowledging these environmental changes and take steps to mitigate the risks, the hope is that one day all of us will never have to experience the destruction and loss that we have become accustomed to in recent history.