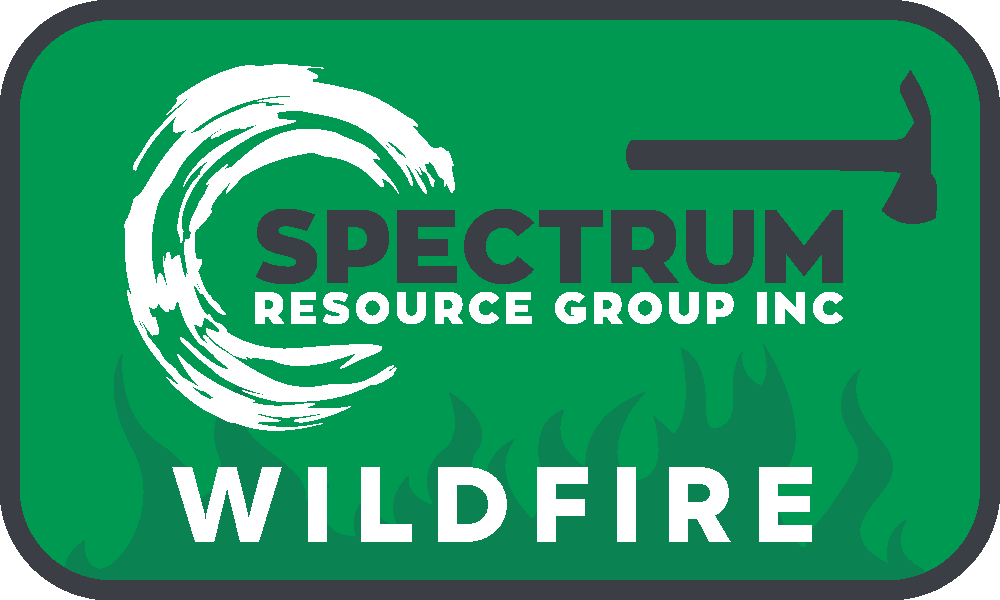 Spectrum Resource Group Inc. (SRGI) has recently added a wildfire fighting to the extensive list of things we perform. This has been a smart move and a necessary one, considering how frequent and intense wildfires have become in Western Canada. Most photos of wildfire fighting portray helicopters bucketing water over the flames; in reality, boots on the ground have proven invaluable. For instance, in the absence of water, crews can establish handguards. This is when crews will clear a path along the fire edge with chainsaws about 2 meters (6 feet) wide, then dig a trench about 40 centimeters (16 inches) down to mineral soil to stop a creeping ground fire. 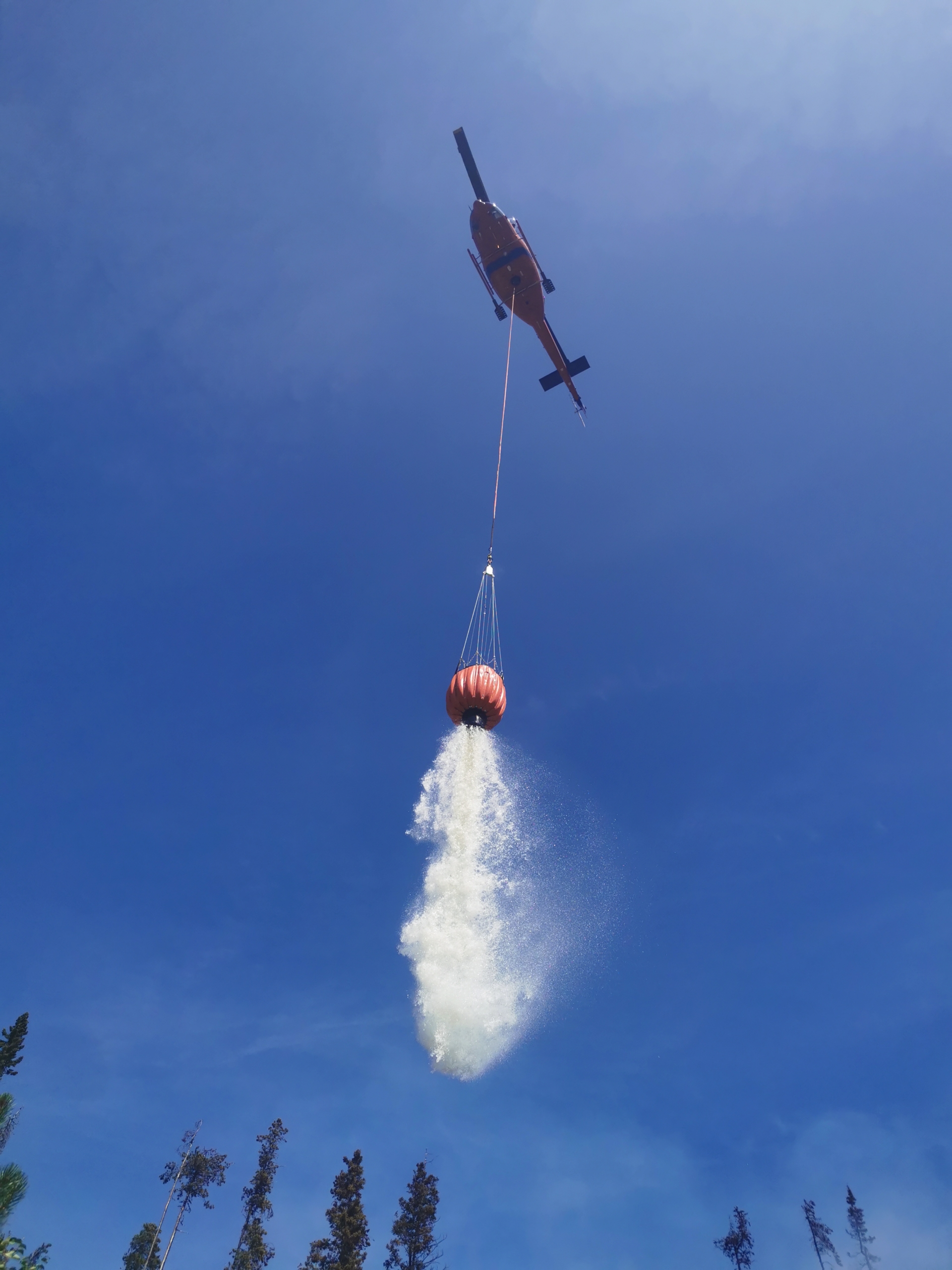 Our wildfire fighting crew works long, grueling hours for days at a time to rein in the powerful conflagrations that have plagued our province’s beautiful forests. A full deployment is fourteen 12-hour days in a row, and then three or four days off to reset. Often, crews hike for hours through dense bush to even reach the fire’s edge to control the flank. And even then, the fire can sometimes jump the guard and destroy all the work the crew set in place. The work is hard, it requires a lot of strength, but it is worth it to protect British Columbia’s unique beauty.

It is no mystery that manmade climate change has been a major factor in creating ideal conditions for wildfires to occur – with more frequency and increased devastation. Hotter spring and summer seasons, combined with less snowpack than previous years, and snowmelt occurring earlier than before, have all resulted in a fire season that begins earlier and lasts longer. These profound effects were certainly felt this year with BC breaking several heat records and the town of Lytton burning down. This confluence of circumstances has presented the opportunity for Spectrum to aid in the suppression efforts for BC Wildfire Service (BCWS). I was a part of a Type I unit crew for BCWS for three seasons, from 2017-2019. I had about 220 fire days and have been deployed to forest fires all around BC, as well as in Quebec and Alberta. When Spectrum decided to put together a Type III contract crew, I already had substantial and valuable experience in wildfire fighting. 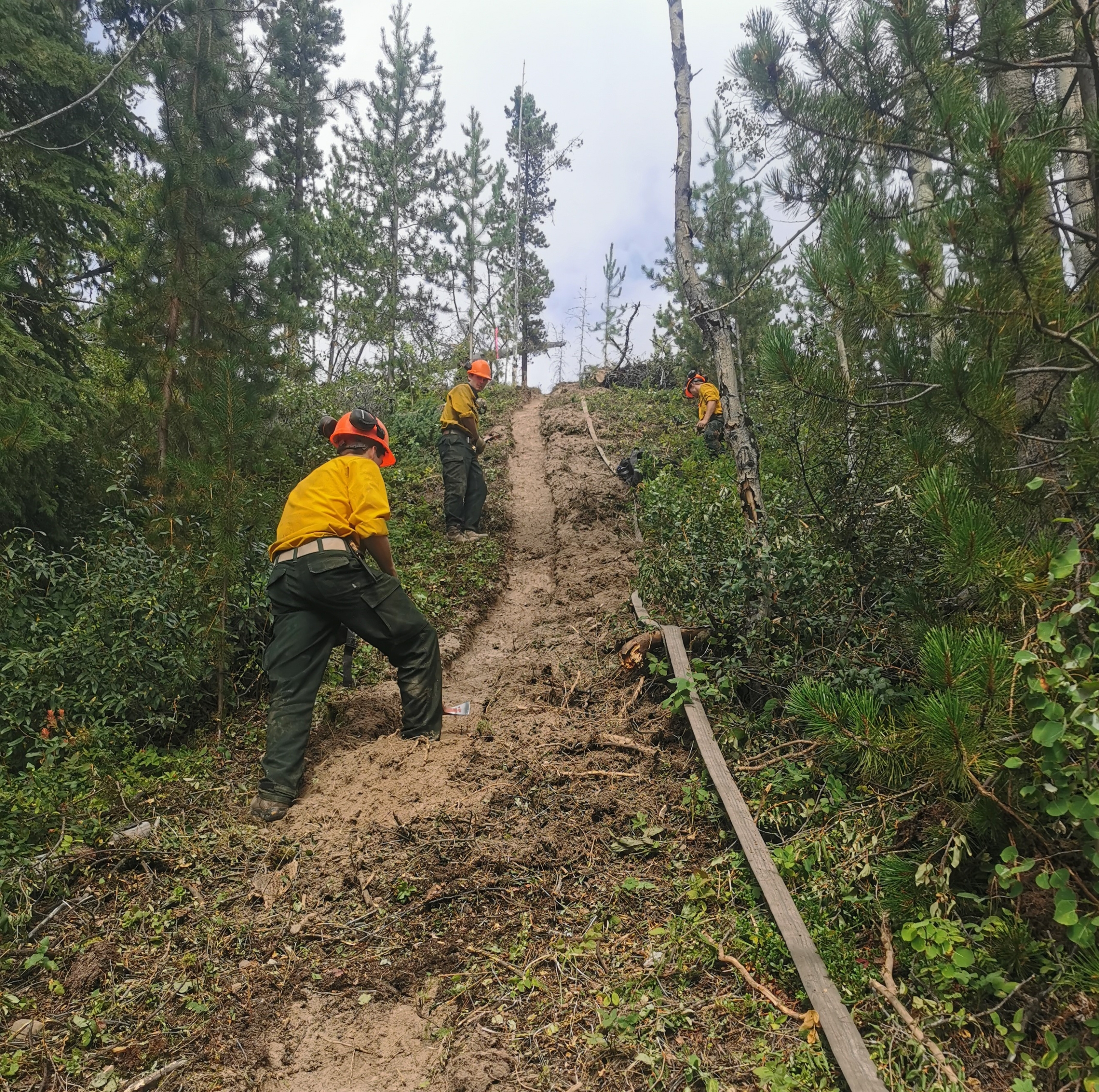 I pride myself on doing good work and enjoy helping train our teams to preserve our forests and wildlife. Even with only our one Type III 5-pack on fires this year, I feel like we accomplished a great deal. In total, we had 42 fire days with most of them being on the Cutoff Creek fire, south of Vanderhoof, which ended up being over 33,000 hectares (81,500 acres) in size. With most of our crew members being new to firefighting, they learned several new skills, such as creating fuel breaks, digging handguards, proper burning off techniques, and constructing water delivery systems for mop-up. For employees that work year-round, learning these tasks, educates them on the prevention and reduction aspects of wildfires, in addition to suppressing them. Employees learn how fuel reduction can greatly lower wildfire intensity and how this can help the efforts of their fellow firefighters and the surrounding communities. In the coming years, I would like to see Spectrum put forward several contract crews for each season that will develop into Type II crews. 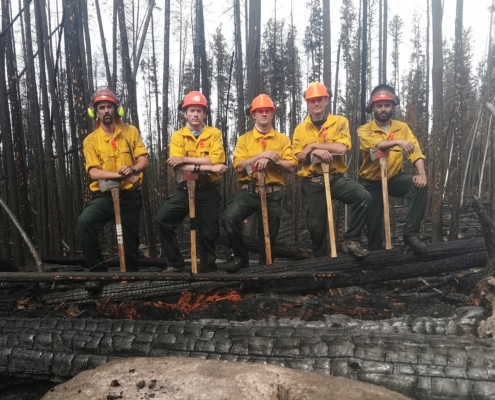 I’d like to see Spectrum add on even more services to help combat natural disasters. Structural Protection Units (SPU) are necessary for the wildfire program. As a company, we can seek to cover all aspects of fuel load suppression, prevention and reduction. This will allow crews to implement water delivery systems around various structures – such as houses, barns, and ranches that might be threatened by advancing fire fronts. With more work done trying to prevent wildfires from starting, or mitigate their strength, the easier it will be to contain them in the future.